In this episode we look at the ageing lungs, both what’s normal as we age and what’s abnormal. We will talk through some of the commenest conditions we see qffectinathe lungs in older people. 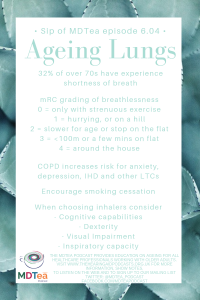 To be able to describe and understand the normal changes in older people’s lungs.

To be able to describe spirometry to a patient

To promote smoking cessation for all patients with lung disease

This episode is based around an interview in did with professor Steven Allen back in 2013. As such we apologise for the sound quality being a bit less good than normal! 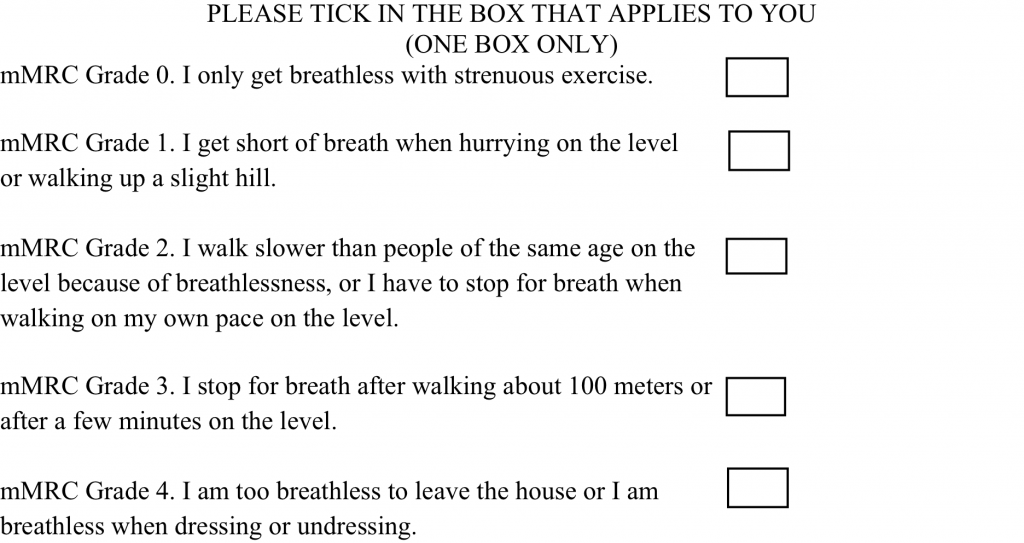 Chronic cough: May be intermittent and may be unproductive.

The goals of COPD assessment are to determine the severity of the disease, including the severity of airflow limitation, the impact on the patient’s health status, and the risk of future events.

COPD patients are at increased risk for: 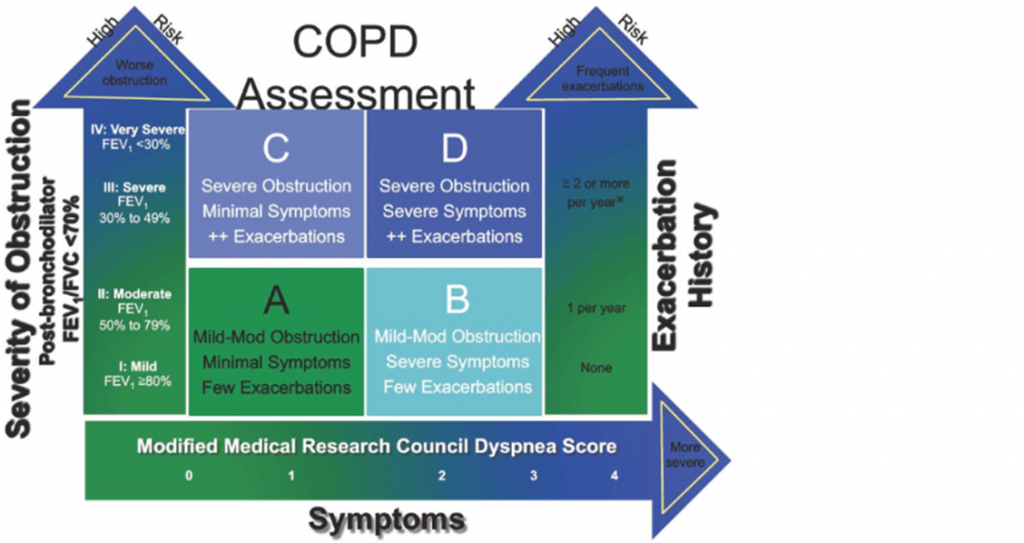 “Central to all definitions is the presence of symptoms (more than one of wheeze,  breathlessness, chest tightness, cough) and of variable airflow obstruction. More recent descriptions of asthma in both children and adults have included airway hyper-responsiveness and airway inflammation as components of the disease”

Patients with asthma often had the condition in their younger years.

“Spirometry is a method of assessing lung function by measuring the volume of air that the patient is able to expel from the lungs after a maximal inspiration. It is a reliable method of differentiating between obstructive airways disorders (e.g. COPD, asthma) and restrictive diseases (where the size of the lungs is reduced, e.g. fibrotic lung disease). Spirometry is the most effective way of determining the severity of COPD” 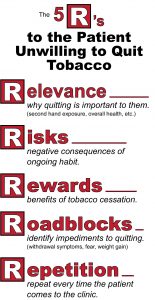 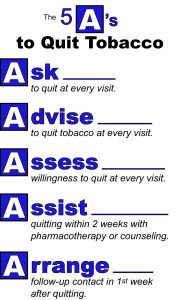